The Maine Nordiques Your is a MEAHA sanctioned youth hockey organization which calls the Androscoggin Bank Colisée home!

We are committed to the development of the sport through the improvement of individual player skills, team building and physical and mental training. We will accomplish this by providing qualified, enthusiastic and professional coaching, the most progressive teaching techniques and specialized training programs. The Maine Nordiques Youth will foster the will to compete in all of our athletes as well as prepare them to become contributing members of society.[/vc_column_text][vc_separator][vc_column_text]

Season runs October to end of February. Players will play an estimated 20+ games through the season. Teams have one 60 minute skills session and one 60 minute Half-Ice practice per week with one tournament. Game Jersey & Game Socks are included.

Season runs October to end of February. Players will play an estimated 20+ games through the season. Teams have one 60 minute skills session and one 60 minute Half-Ice practice per week with one tournament. Game Jersey & Game Socks are included.

Under the Direction Of

The Maine Nordiques Youth Learn to Play program starts with learning the basics of  the game, passing, stick-handling but it also prides itself in teaching respect, teamwork, responsibility and how to work hard. Our program aims to build character on and off the ice with rewards that will last much loner than hockey season.

Chris Pomerleau is not only a Lewiston native; he is a Lewiston hockey native.  His playing experience began in the Lewiston youth hockey program, skating right here at the Colisee.  His love for the game and desire to compete kept him busy in travel hockey, including trips to Sweden and to Alaska on National team. Chris helped Lewiston High School win multiple state championships before joining the United States Navy. There, Chris spent 14 years as a successful P-3 Flight Engineer before his retirement from the Navy.  Chris is a graduate of Liberty University in Lynchburg, Virginia. He is married to Sarah Pomerleau and together they have three hockey-loving boys, Nicholas, Luke and Gabriel.

Upon Chris’s return home to Lewiston, Maine, his love for the game led him to be involved with youth hockey, this time as a coach.  Chris has spent many years developing youth players in U8-U18 and was instrumental in transitioning local hockey programs into the ADM model (Chris currently holds USA Hockey Level 5).  During this time, Chris was hired as the Head JV and Assistant Varsity coach at Lewiston High School. Most recently, as he continued to coach local youth, he was hired as an Assistant Coach for the Maine Nordiques Youth , NA3HL team here in Lewiston and has had the privilege of coaching with Cam Robichaud in a successful hockey program.

Looking ahead, Chris is eager to continue investing in local hockey.  Chris will be the Head Coach for the Maine Nordiques Youth NA3HL and Director of Youth Hockey for the Nordique program.  He will also be the Community Outreach Coordinator working with the NAHL team, Maine Nordiques. These opportunities will allow Chris to continue to carry out his passion for developing youth hockey players in our community as he fosters a love for the game and a commitment to player excellence.

What makes our Programs Stand Out? 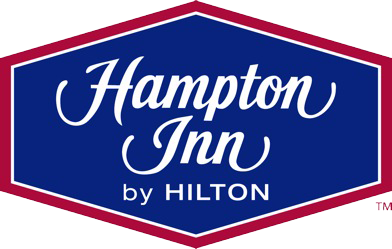